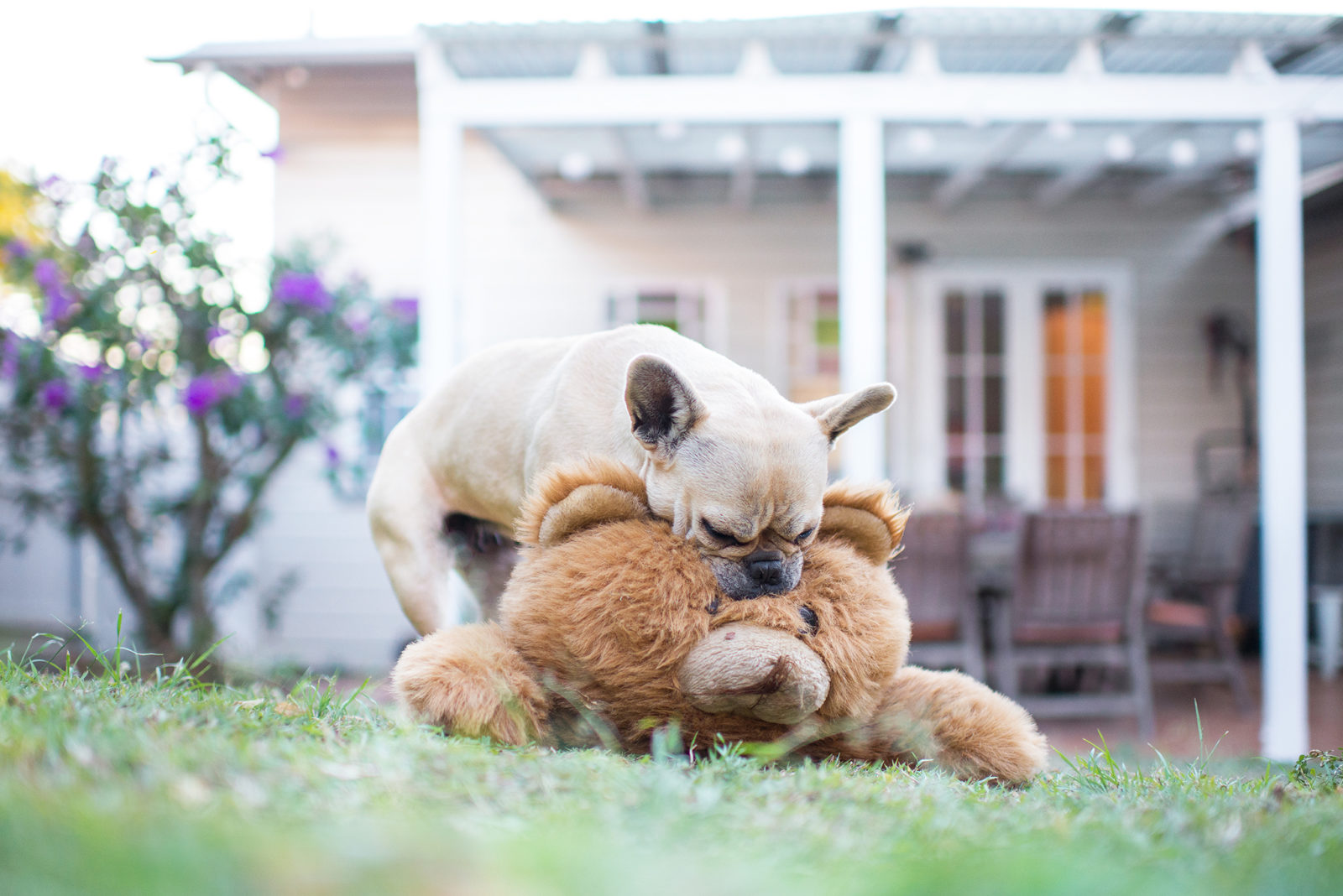 Now that Henry’s moving passed middle age, I find myself more and more wanting to document the little things he and Lulu do that I never want to forget.

Some people are amazingly good at taking photos with their phones (have you seen some of those mind blowing instagram accounts??), but I’m definitely not one of them. I find the discipline of the technical stuff like selecting focal length and depth of field helps me to stop and work out the angles and composition I need.  So with a session rescheduled yesterday due to this awful wind, and my cameras all charged up and ready for action, I looked out the back at the kids and decided to start on the “everyday things they do” album…

This scene is pretty typical at our house…. Lulu has done this since the day she arrived (albeit with an upgraded teddy bear now), and it’s a constant source of discussion when visitors come over and witness it for the first time. While it might look like she’s getting “friendly” with her furry friend, she’s actually just standing there with her mouth on it completely frozen. It can last for up to 10-20 minutes at a time if she’s not disturbed. 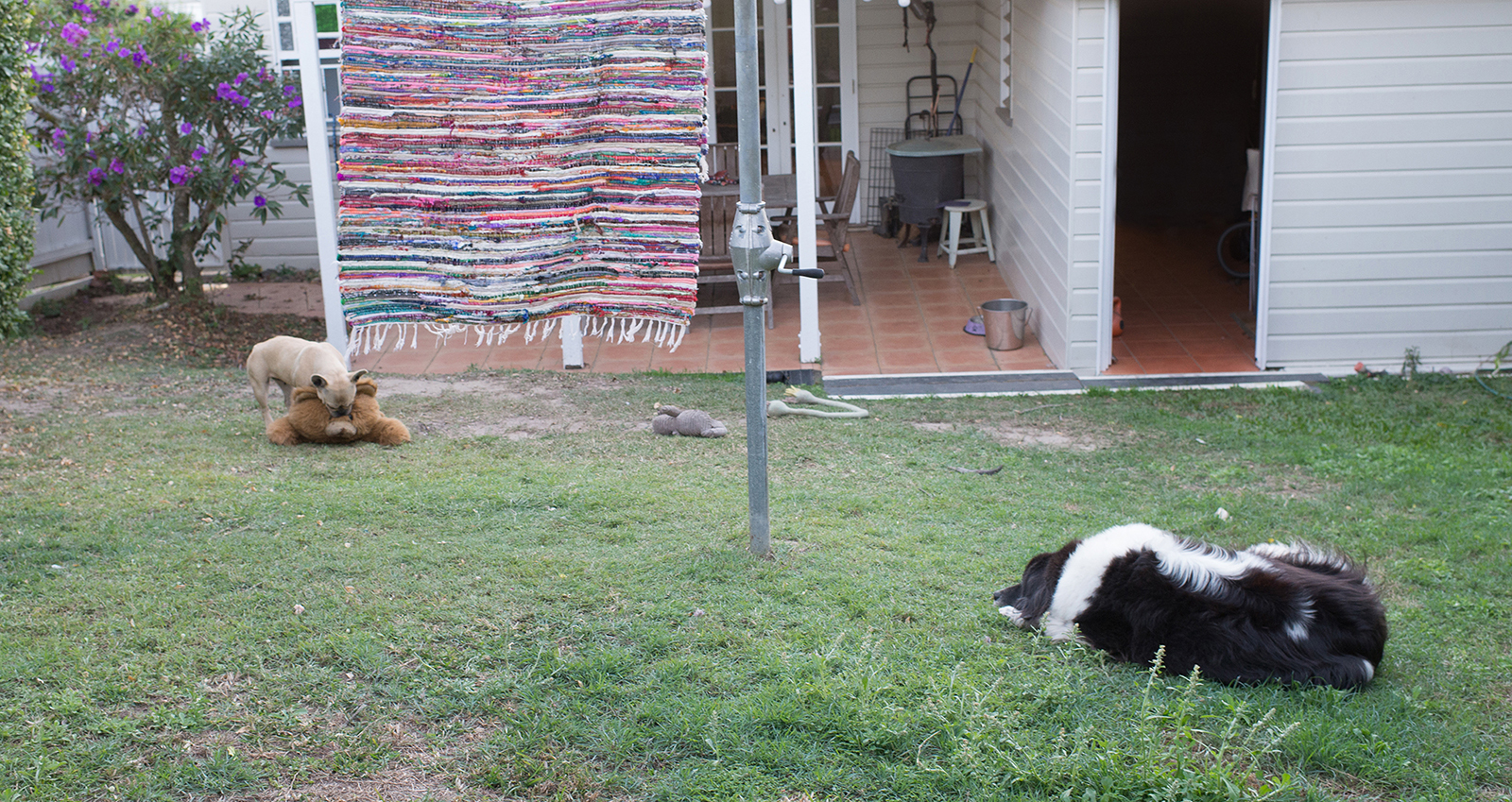 There are lots of possible reasons why she does this. Some people say it’s due to being weaned too early or losing lots of her own puppies while she was a breeding machine …. others put it down to a simple self soothing technique.  Whatever the reason, its something I’ll always think of as uniquely Lulu!

For the most past Henry either completely ignores her doing this and just goes about his business, or like in this case, watches on silently with a look that to me is saying something along the lines of “what a weirdo”.

As soon as I started to look at the scene, I realized it wasn’t possible to capture the nuances with a single image so I sat myself in between them and took two separate photos that will forever have to be displayed together to make any kind of sense! 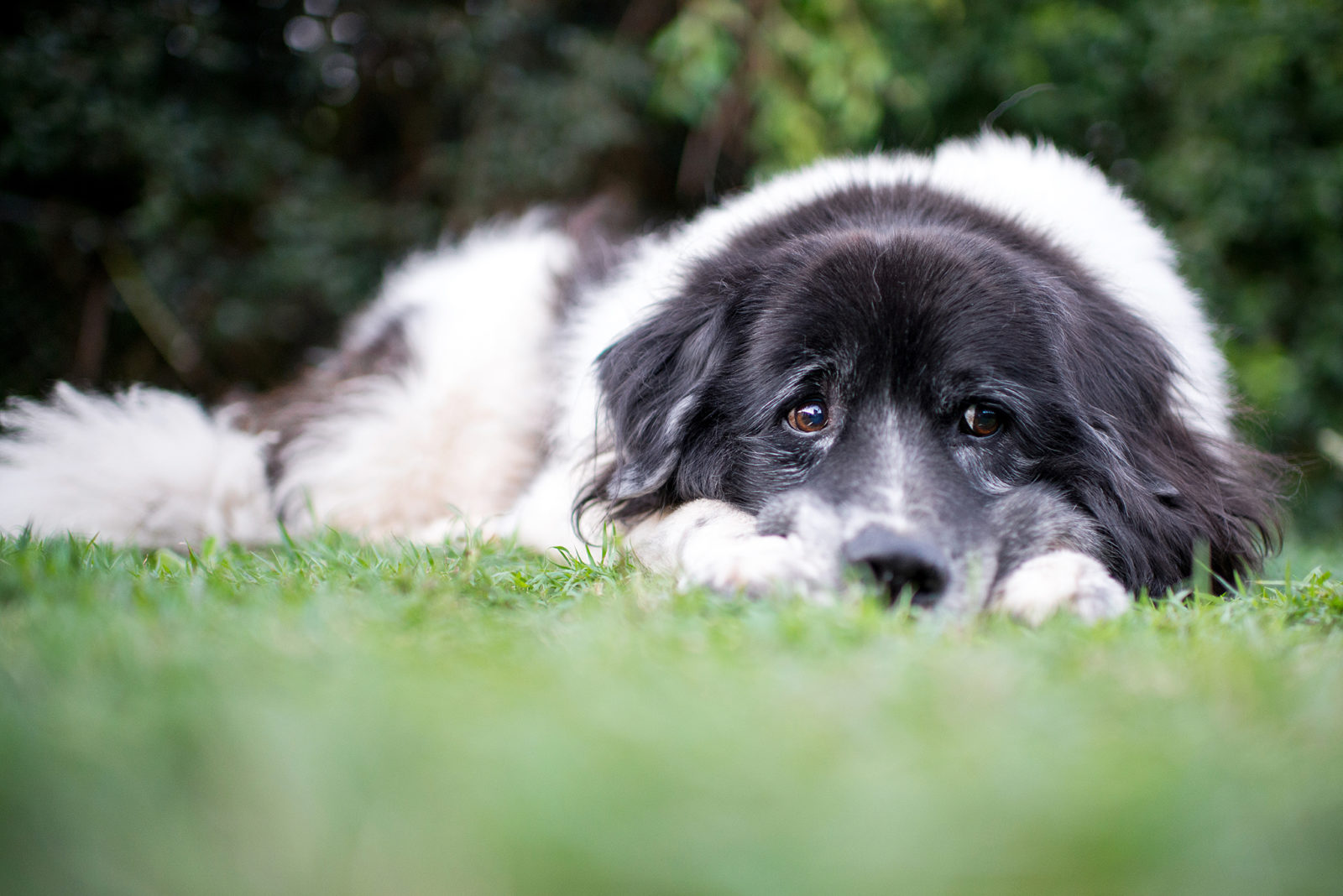 It might seem like a strange thing to photograph… but I know one day I’ll cherish these images as much as the beautiful portraits I have of them both.

Oh, and because he’s a bit of a camera tart… this last one is Henry realizing I’m taking photos and deciding to turn on the cuteness, demanding I put down the camera and give him belly rubs. 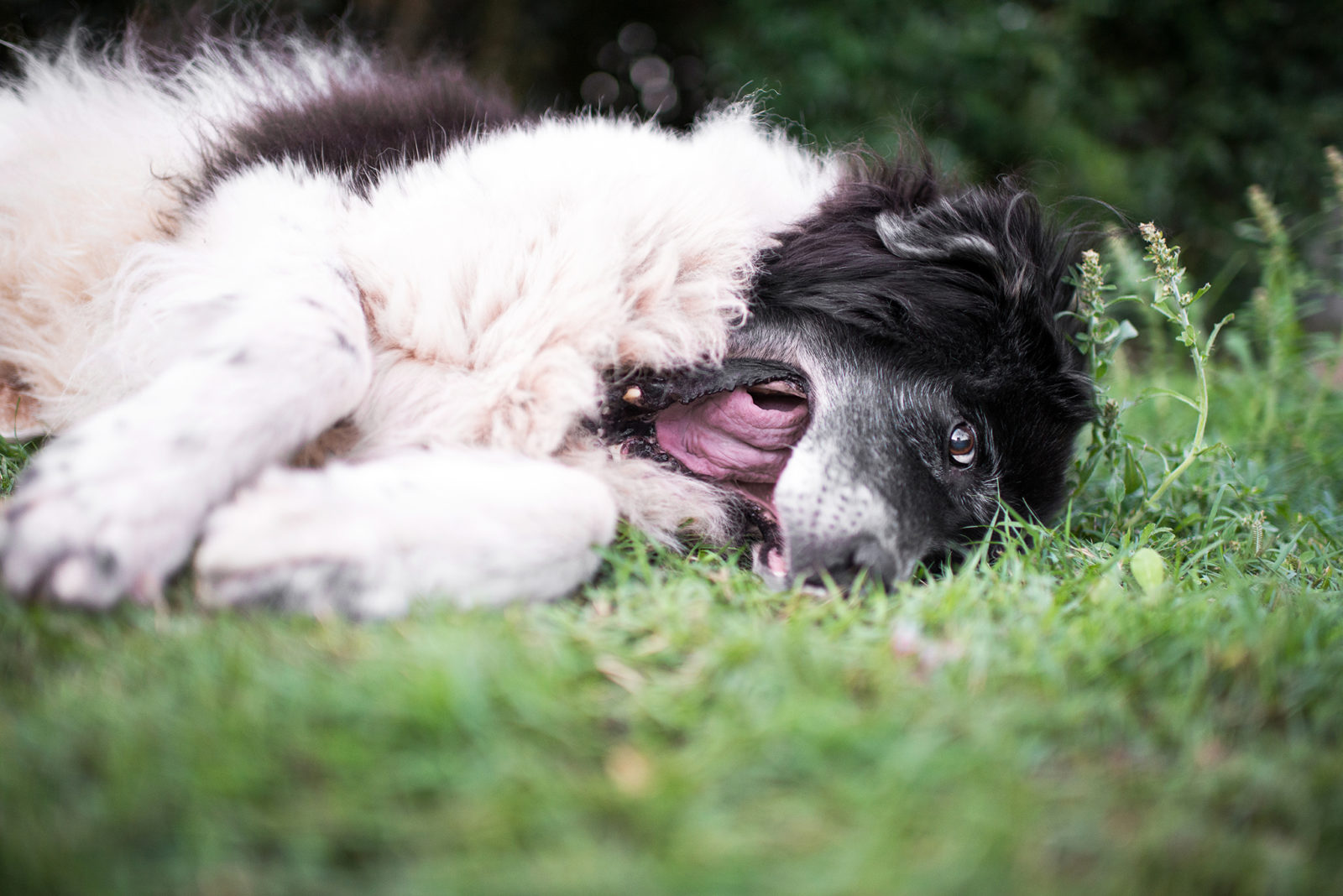 I love trying to capture these kinds of more images for my clients too. It’s not always possible since a lot of these things really only happen at home or at a specific time (Sandy used to do a tap dance while I prepared dinner!), but I’ll always ask you to think of specific things you’d love to capture so we can at least try to find a way to recreate it at their session. It might not be the photo you want printed huge on the wall, but its definitely something you’ll cherish for years to come.

What are your pet’s little quirks?  Do you make a habit of documenting them?